BRITAIN’S diabetes epidemic could be brought to a halt by a new way of making everyday foods healthier, research suggests.

The breakthrough technique would see favourites like bread, pasta, cakes and biscuits loaded with extra fibre.

Scientists at King’s College, London, say a change in the way processed food is made could lead to the creation of “diabetic friendly” foods.

Increasing the amount of fibre contained in staple foods could also see cases of obesity and heart disease plummet.

This can lead to a spike in insulin which repeated over time can cause Type 2 diabetes.

By altering milling techniques, the natural structure of dietary fibre can be protected which means the body absorbs the starch more slowly and the rise in blood sugar levels after a meal is delayed, the scientists found. Their experiments showed eating porridge made from larger fibre particles produced significantly lower blood sugar levels than a bowl made with traditional smooth wheat flour.

Both were made of the same ingredients and had the same nutrient contents, but starch was digested more slowly in the coarser porridge.

Researchers also found people were less likely to experience an undesirable “sugar low” following the earlier peak in blood sugar than when they ate the smooth porridge.

It means inexpensive tweaks could now pave the way for a host of new versions of starchy foods, meaning it might soon be possible to enjoy favourite snacks guilt-free.

Keeping more dietary fibre in processed foods means “diabetic friendly” or healthier versions could have exactly the same ingredients but with a more natural, enzyme-resistant structure around the starch that enables it to be digested more slowly.

Starch is one of the largest sources of calories and an important component of a healthy diet, with wheat being the main source.

Dr Cathrina Edwards, who led the study, published in the American Journal of Clinical Nutrition, said: “Our research has shown there is a relatively easy way to limit the availability of starch/calories from food simply by preserving more of the natural structure of plant-based ingredients.

“The way in which foods are processed clearly has a big impact on how much of the nutrients/calories are absorbed from that food.”

The lives of four million people are now blighted by diabetes and the scale of the epidemic gripping Britain is so great that treating the condition costs the NHS £10billion a year – £1million an hour.

Diabetes can lead to a number of serious long-term health problems like blindness, heart and kidney disease and stroke and the furring and narrowing of blood vessels.

Estimates show 11.5 million Britons are at risk of developing lifestyle- driven Type 2 diabetes because of unhealthy carbohydrates and cholesterol.

Dr Richard Elliott, of Diabetes UK, said: “We already know changing the way starchy foods are produced and prepared can affect their influence on blood glucose levels when eaten.

“Over time, high glucose and high insulin levels can contribute to insulin resistance and Type 2 diabetes, so following the approach used in this study to create new versions of staple starchy foods could potentially be one way to help prevent and manage Type 2 diabetes.”

The HCR can achieve this dynamic new requirement and still allow for porridge to be smooth.!

Unchecked Consumption Is the Elephant in the Boardroom

Food prices set to increase over next 2 years and beyond...

Nature Nurture- How we must look to more simple technologies

FOOD - THE WORLD NEEDS TO REASSESS 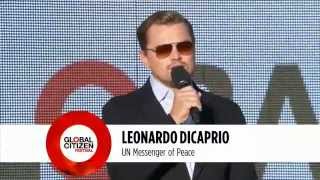